Gerald Saul with NMSL: The end of magic, or how technology gave us everyday spectacles

My research presentation at the University of Regina New Media Studio Laboratory lab open house showcase on March 20, 2015: "The end of magic, or how technology gave us everyday spectacles" Ever since I was a kid, I loved making movies. I always understood that the medium was all about engineering and science, but when I showed work to people, it felt like magic. Two days ago, I asked my son to define magic and he told me “Magic is effect without cause” (WOBS, 2015). Let’s come back to that in a minute.
New media’s moving images owe everything to old media which, in turn, is indebted to its predecessors. When film was in its infancy 120 years ago, a stage magician Georges Melies saw its potential; not as cinema but as magic. Armed with publications on photographic trickery (superimpositions, split screens, masking) and introducing his own discoveries about editing and the interruption of a shot, he went on to create what are considered the seminal movie special effects. Was he trying to invent the cinema spectacle that is so ubiquitous today? Let us first consider what he was really working with.
From the praxiniscope (1877) to film (1893) to television (1925) to digital video (1986), to the animated GIF (1989) and all other variants of digital moving images, one thing has stayed the same; a rapidly changing display of images evoke an illusion in the mind we refer to as persistence of vision. Looking back at the many historical devices that create this condition, it becomes clear that it is not the camera that creates this, but the viewing apparatus.
1960s Canadian painter and filmmaker Keewatin Dewdney once said: "The projector, not the camera, is the filmmaker's true medium... The very use of the camera as a filmmaking tool has imposed the assumption of continuity on film"
Returning to Melies, was he all about the purity of cinema? Or about the purity of magic? No. Cinema didn’t exist yet, at least not the way we see it today, and in terms of magic, he was dirtying the waters rather than expanding the field. There is no magic. To paraphrase my son, there is nothing without cause.  The illusion of magic created with effects, by the intervening hand of the “magician”.  Melies recognized that the performance didn't matter, nor did the art, or the craft or, for that matter, the truth. All that mattered was what the audience would see. The nature of the motion picture medium would ensure that this would always be an illusion.
No matter if the images being shown are captured from reality through a camera lens or were created using drawing or virtual tools, the output and the nature of the illusion remains the same. We were spellbound.
Tom Gunning wrote “if the production of motion rendered the everyday marvelous, nonetheless, as with all technological novelties, familiarity dulls the edge of wonder”  The obsessive overuse of spectacular illusion has led to a boredom of the marvel. As media not only relies on illusion, but IS illusion, what happens when it is all taken for granted?
In his book “Trickster Makes This World”, Lewis Hyde quotes Nietzsche saying "Truth are illusions about which it has been forgotten that they are illusions" (p.77) This would suggest that we no longer see a difference between media and truth.  Hyde goes on to argue that a trickster "can debunk an illusion”. In a way, the trickster can help us to believe and disbelieve simultaneously.
Following Hydes’s model for the mythologized tricksters as agents of change, as individuals willing to see the world differently, I challenge myself and my students to break the rules, to play the trickster and to do it “wrong”.  I try to teach them to not be concerned about tradition or structure or expectation except in regards to understanding it and knowing how to disrupt it. At the root of it all, the moving image has not changed in well over a century. All media involving the moving images is just a series of single images which can be altered in any way we can dream. What happens in the time between when one image disappears and the next reappears? That is where we come in and change the rules. Remember, you don’t watch a magic show because you believe in magic, you watch it so that you can enjoy being tricked.  It is, as Melies observed, all an illusion.

I then presented some very short works by MFA graduate students I worked with this term.
An An
Xin Shen
Rania Al Harthi
Zaheer Shahid 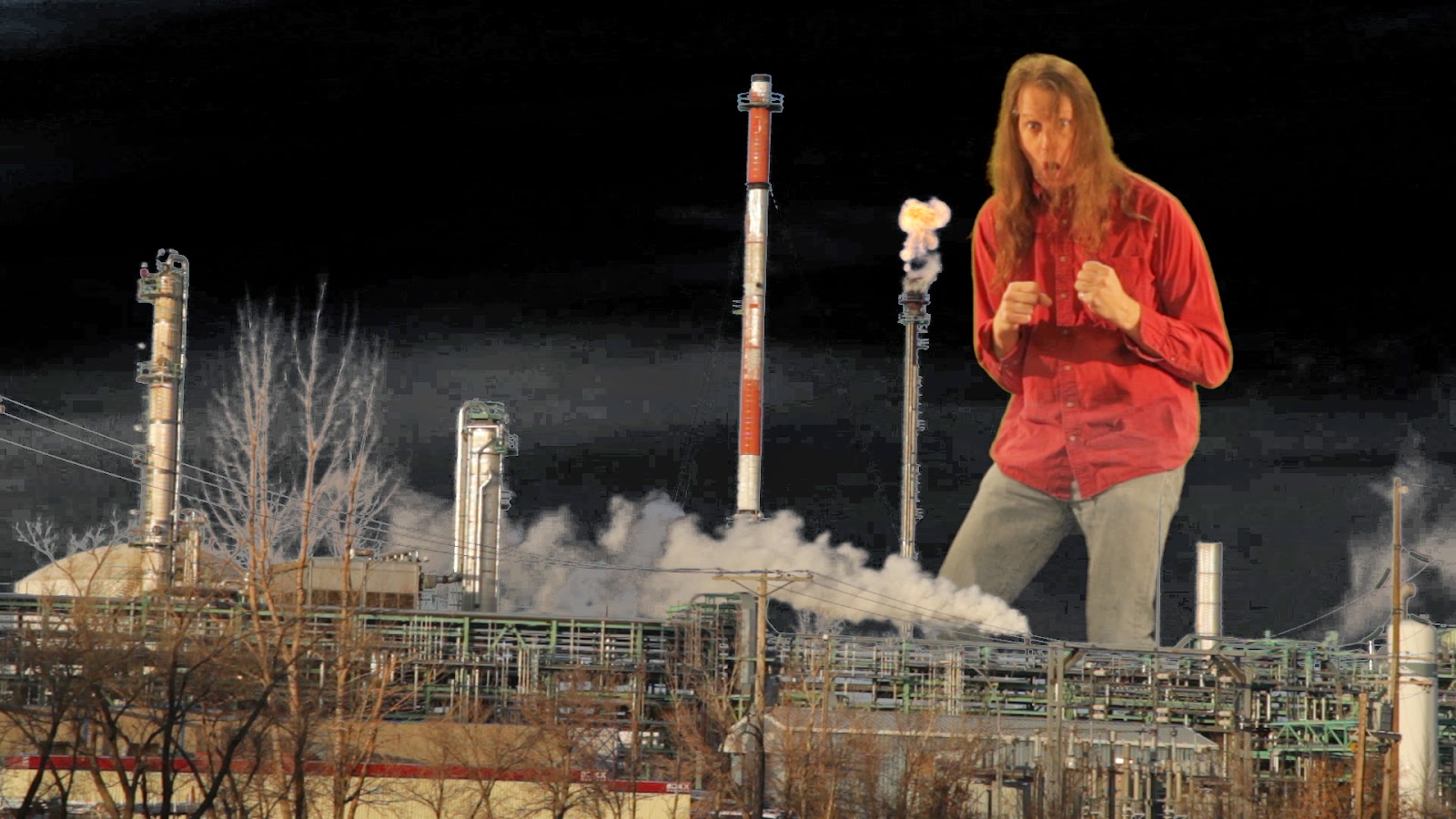